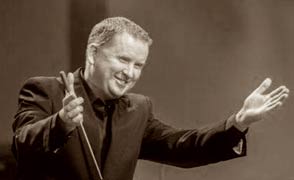 With an enviable reputation as one of Australia’s leading conductors, Christopher Kopke enjoys a busy performance schedule in Melbourne and throughout Australia.

As well as an examiner for the Australian Music Examination Board (AMEB), Christopher has lectured in string pedagogy at the University of Melbourne and Victoria University. He has toured New Zealand, Malaysia, Thailand, Indonesia & Brunei on behalf of the AMEB, where he presented clinics and master-classes for young violinists and pedagogical workshops for teachers. Christopher is currently the Head of Strings at Genazzano FCJ College in Melbourne.