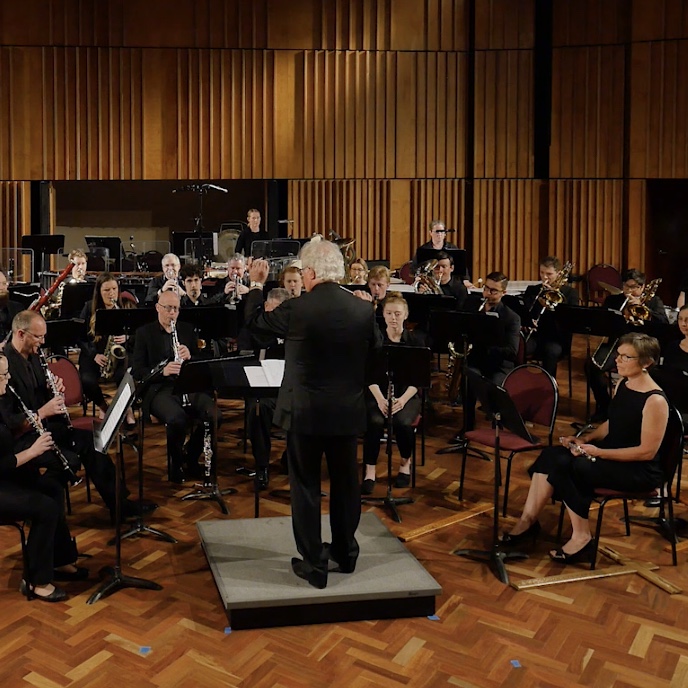 The Wind Band or “Harmoniemusik”, in the context of the history of music, designates an ensemble of wind instruments employed by an aristocratic patron, particularly during the Classical era of the 18th century. The Harmonie would be employed for outdoor or recreational music, or as a wind section of an orchestra. Music composed then for Harmonie is often called Harmoniemusik. In the development of the Wind Band, arrangements of popular music from Opera or in fact the Concert Stage would regularly appear in the performances. Therefore, the “Light Cavalry Overture” by von Suppe is a Classical start to this program, this is the overture to Franz von Suppé’s operetta Light Cavalry, premiered in Vienna in 1866. Woolfenden’s “Gallimaufry” is a suite for Wind Band inspired by Shakespeare’s Henry IV plays and derived from music written for the Royal Shakespeare Company’s productions, which opened the Barbican Theatre, London in 1982. Haydn Wood’s “Mannin Veen” is a work based on four Manx folk tunes (from the Isle of Mann): the first, “The Good Old Way”, an old and typical air; the second tune a lively reel “The Manx Fiddler”, the third tune, “Sweet Water in the Common”, a lovely and lilting tune, relates to the old practice of summoning a jury of 24-men to decide questions connected with watercourses, boundaries and other issues, and the fourth and last tune “Harvest of the Sea”, is a Manx fisherman’s evening hymn of thanksgiving for a safe return from the sea.

So sit back and enjoy this “Harmoniemusik” concert by the Heidelberg Wind Ensemble.