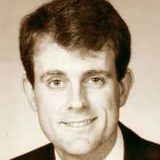 Daniel holds a Bachelor of Music Performance from Melbourne University, as well as an Associate Diploma in Opera and Music Theatre from the Victorian College of the Arts.

Daniel has worked regularly with the former Victoria State Opera and Opera Australia, as an ensemble member and later performing and understudying a variety of principal roles. This included the role of “Roo” (understudy) in the premiere of “The Summer of the Seventeenth Doll”, Frederic (understudy) in “Lakme”, the Sergeant of the Archers in “Manon Lescaut” and the Gaoler in Tosca among others.