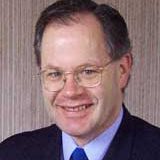 Geelong born tenor Daryl Barclay is a former pupil of the great Australian soprano Dame Joan Hammond. His first experiences of music theatre were with the local Gilbert & Sullivan and Light Opera Company in the late 1970s and early 1980s.

Over the past twenty-five years, Daryl has performed a number of leading roles in opera, including Rodolfo in La Bohème and Nemorino in L’Elisir d’amore. In 2003 he performed the role of Alfredo in a production of La Traviata by The Melbourne Opera Company. His experience on the concert platform and in oratorio is also extensive and includes numerous performances of Handel’s Messiah and Mendelssohn’s Elijah.

This year he will add to the list the tenor solo in Verdi’s Requiem. Daryl’s overseas performances include a solo recital in Dublin in 2001. He has performed with many different companies and orchestras including the St Francis Choir Melbourne, the Australian Army Band Melbourne and the Tasmanian Symphony Orchestra.

In recent years, Daryl has also been engaged as Italian, French and German coach by the Melbourne Chorale. In 2004 he was Italian language coach for the Andrea Bocelli Concert at Rod Laver Arena. Currently, he is Choral Director at St Kevin’s College Toorak, and teaches voice at Mazenod College Mulgrave and at Corpus Christi Regional Seminary in Carlton. He holds six different tertiary qualifications including the Licentiate in Singing and a Masters degree in Theology, and this year hopes to complete his doctoral thesis on the place of singing in secondary education.