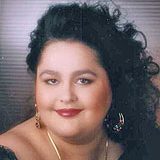 With colleagues she has performed in the Apollo Bay and Port Fairy Music Festival on a number of occasions as well as in private and corporate functions. As well as performing the Rachmaninov Vespers with Melbourne Chorale in Perth in November 2003, Helen performed the role of La Frugola in Il Tabarro (Puccini) with Melbourne City Opera. A recital containing Elgar’s Sea Pictures in March 2004 and Melbourne and country Victoria performances of Requiem (Mozart) as alto soloist in April with the Victoria Chorale followed.

Helen participated in a period concert in Clunes in September, performed Ruth in Pirates of Penzance (MCO) with excellent reviews in November and finished off the year as a guest soloist in Carols in Canterbury.Engagements in 2005 included Messiah in Melbourne and Castlemaine at Easter, Marcellina (cover) in The Marriage of Figaro in June, La Traviata and regular concerts and carols for the remainder of the year.

In 2006 Helen was the alto soloist in Missa O Puchritudo (Menotti) for the Italian Festival, performed the role of Praskowia for MCO’s The Merry Widow (Lehar) and is looking forward to revisiting the Rachmaninov Vespers for Melbourne Chorale 40th birthday concert and being the mezzo soloist in the Requiem (Verdi) in November with the Preston Symphony.