Born in Melbourne, Benjamin Martin was playing piano, ‘cello and composing before he was ten. He studied at the Victorian College of the Arts and the Juilliard School, New York. Later he worked at the University of Massachusetts, Amherst. In 1998 he directed and conducted the Queens College Choir. Since returning to Australia in 1994, … Continued 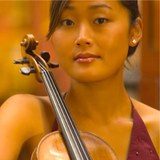